Home > All other vStuff > EMC to sell VMware to Cisco?

EMC to sell VMware to Cisco?

This has been reason for discussions for quite some time now and I remember that during the ‘VMware unplugged’ session at VMworld in Cannes there were also some questions on this issue.

Paul Maritz’s comment on the question ‘Can you tell us more about the possible merger with Cisco’ was ‘I have not comment on that obviously, Cisco makes thier own decisions about what they want to do.’

There were also some rumors and theories on the split up between VMware and EMC based on the theory that the two companies would be more valuable when split up.

These rumors kept feeding on each other and the ‘story’ became bigger and bigger and some people saw  Diane Green and Mendel Rosenblum leaving VMware as an acknowledgment.

Tuesday EMC CEO Joe Tucci stated that VMware’s a Keeper and that EMC has no intention of parting with its roughly 84% majority stake in virtualization leader VMware. His comment:

“We will get more traction and more opportunities doing it the way we’re doing it,” claiming VMware helps sell EMC hardware.

I think this is good news for all who sell and use VMware product as we now have a strong base and a clear vision and future. 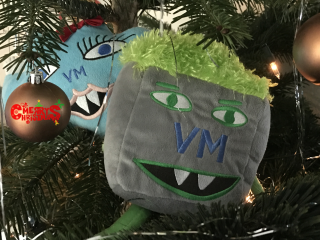 PowervRNI is now on PowerShell Gallery