Home > Whitepapers & How To's > Virtualisation: it isn’t an app, it’s an infrastructure

Virtualisation: it isn’t an app, it’s an infrastructure

Now most of our loyal followers know, I usually do not post any content on this blog other than things related to the hosting of website. It’s my “job” to keep this part of the infrastructure running (well, that’s not quite how it is, but that’s another subject for another post :) ). In my day-to-day job I see a lot of infrastructures pass by and recently I started to notice that some of my colleagues look at virtualisation as an application. They think in boxes.. “we need a DC, and a filer, and blahblahblah”…So I thought, let’s post an entry here and see if you all have something to say about it.

Since December I am working in a different department. My job is to answer RFPs together with my colleagues. When I start to design a new infrastructure for a customer, I usually start with a virtualisation layer on which we host the systems we need. Later on we size the amount of hosts needed (that’s the magic the other guys do) but it’s part of the basic layer when we design a new infrastructure. That is quite a different approach from the one in the past.

Some time ago I talked to an Citrix infrastructure designer (the serverbased computing part, that is). He still talked about boxes and switching and he never thought about virtualisation as an infrastructure to host his server based computing infra on. But more importantly, he wasn’t prepared to give it a go either. And he still isn’t. Now I’m not saying that virtualisation is the allround solution to all your IT infrastructure problems, but I’d expect him to at least give it a go and see what the results are. I know that 120 Citrix servers look more impressive than 40 VMware servers with the same function, but if you handle with the best interest of your customer in mind, I think you are obliged to look at the scenario.

So, in my humble opinion :) a proper modern infrastructure design starts with a firm virtualisation infrastructure before anything else. Let me know what you all think :) 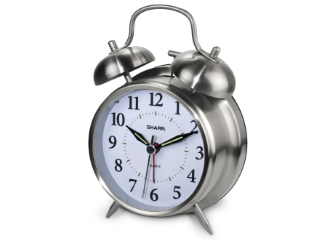 The end of vCenter for Windows. Why invest time now?