Home > All other vStuff > Apple iPad announced, can it change daily operations? 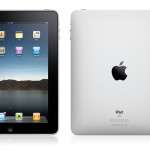 Apple finally annoumced their tablet officially,dubbed the  iPad. The last months more and more rumors appeared on the internet. You probably wonder why this is interesting for the virtualization community.

Although a lot of people over at Gizmodo complain that it’s just an iPhone on steroids. I can see some real world applications for it.

I saw the video of introduction of the iPad that really tickled my imagination. Just the ease of use, just like the iPhone for a lot of things. Ok, yeah, it has some limitations like it probably won’t have flash enabled or a light edition of flash, but does that really matter? I already use an iPhone, but I can’t say I really mis it (yet). The applications that are available for the iPhone are pretty good and sometimes do their thing better than the website they are related to.

I’m very curious how management of virtual environments would be like with an iPad. The totally different user interface than the one we are used to can give is much more flexibility in the way we operate and manipulate objects.

Some of the things I see on the iPad when I manage my virtual environment:

Performing a failover with SRM:

Ofcourse, some of these things are questionable, but the point is: We have to stop thinking in the old way of user interfaces. Devices like the iPhone, iPod Touch and now the iPad (as soon as it arrives) make it possible to create a whole new user experience. No more clicking and selecting checkboxes or entering text, but just the real drag and drop.

I think a lot of these things already can be done with the iPhone SDK. I already started to learn Cocoa/Objective C, just to try to make stuff like this for the Mac and iPhone. The sheer size of the Appstore makes it a very interesting to develop software for iPhone and the upcoming iPad I think.

I think I’m gonna buy one, not only for the gadget factor, but also for the mangement tools that probably will appear soon, just like VNC and RDP are already available for the iPhone.

Cisco, a serious player in the server market