Today Scense launched version 7 of their User Workspace management. If you are going to do a full blown VDI install. A product like Scense will give the VDI implementation extra value to your users and easy management of the complete environment.

Scense 7 simplifies management and distribution of the end-user workspace within virtual and physical Windows desktop environments.

Full integration with the latest releases of Microsoft’s App-V and Symantec’s SWV is a major feature of Scense 7. The new release also further simplifies the management of applications virtualized with App-V and SWV in 32 and 64-bit environments and leverages the implementation of these technologies. As the company’s fast-growing customer base proves, Scense has made application virtualization a viable option for many companies, by making it far easier and faster to adopt. 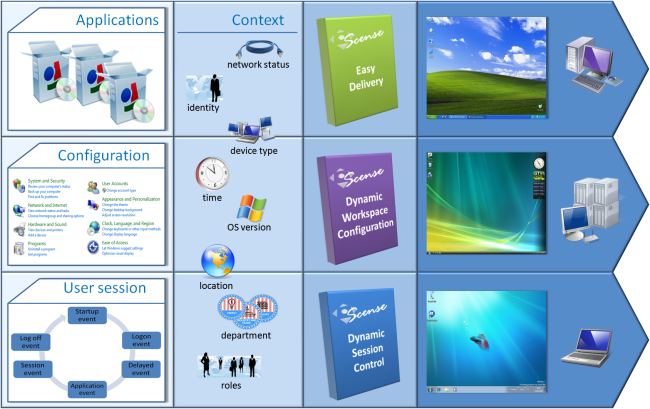 In 2010 I expect to see a lot of migrations from Windows XP to Windows 7, because the mainstream support ends April 2010 for Windows XP SP3.

With Scense 7, personal settings and applications are decoupled from the underlying Windows OS and profile, so that the end user’s workspace is available across Windows platforms. As a result, migrating to Windows 7 or a virtual desktop environment becomes surprisingly straightforward, with the experience for the end user remaining consistent throughout.

For some good insight in the product watch the following demo movies.

How to deploy RKE on vSphere with Rancher