Home > All other vStuff > Trade in XenApp for VMware View

Trade in XenApp for VMware View

The trade in program is quite simple: For the price of 3 years XenApp SA (€ 182,-) you will get View Premier and 3 years SnS.

VMware’s offer differs from the one from Citrix in a few way’s.

Why is the View offer so interesting:

Second View requires half the number of servers for a 10K user deployment enabling savings for both CapEx and OpEx and it provides a concurrent licensing model which provides better customer value.

This all based on the best hypervisor platform there is: vSphere. 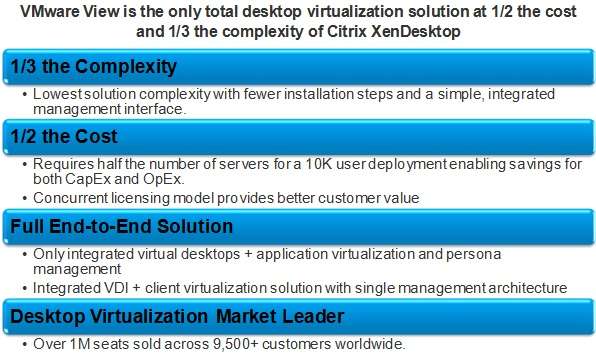