A few minutes ago VMware has released the new version of VMware vSphere, version 4.1.

Besides all the new features the greatest news is that vSphere 4.1 is the last version which will have an ESX version (with service console). As of the next version there will only be two versions, ESXi embedded and installable.

Below you will find a detailed list of features that are include with the vSphere 4.1 release:

All these new features result in a new list of  configuration limits:

By implementing the above, like Scalable vMotion, Wide VM Numa, Memory Compression, features VMware has realized a significant performance improvement.

Scalable vMotion
vSphere 4.1 supports up to 8 concurrent virtual machines live migrations and VMware seems to have renamed the feature in Scalable vMotion. The engine has been significantly reworked to reach a throughput of 8GB/sec on a 10GbE link, 3 times the performance scored in version 4.0.

Wide VM Numa
The vSphere 4.1 NUMA scheduler has been reworked to improve performance when a certain virtual machine needs more cores than the ones available on a certain NUMA node, assuming that the server has a large number of NUMA nodes. Depending on workloads and configurations, the performance improvement is up to 7%.

TMC is enabled by default on ESX/ESXi 4.1 hosts but the administrator can define the compression cache limits or disable TMC completely. 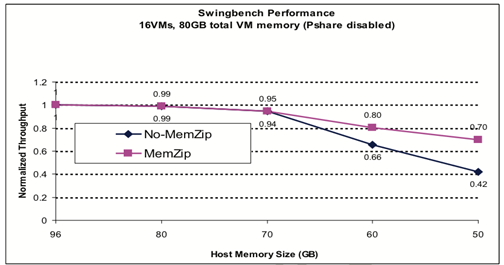 Storage I/O Control
vSphere 4.1 introduces the capability to define quality of service prioritization for the I/O activity on a single host or a cluster of hosts. The prioritization, which can be enable or disable on specific datastores, is enforced through shares and limits.

The ESX/ESXi hosts monitors the latency in communication with the datastore of choice. As soon such latency exceeds a defined threshold the datastore is considered congested. At that point all VMs accessing that datastore are prioritized according to their defined shares. The administrator can even define the amount of I/O operations per second (IOPS) that each virtual machine can reach.

VMware reports an improvement up to 36% in certain scenarios.

Additional performance enhancements
vSphere 4.1 introduces additional improvements in other areas like Storage vMotion, thanks to the support for 8GB Fibre Channel HBAs. VMware reports a performance improvement (in terms of IOPS) of 50% compared to 4GB FC HBAs and five times better performance in throughput usage.

Support for NFS storage has been improved too, and it now features up to 15% reduction in CPU cost for read & writes as well as up to 15% improvement in throughput usage.

iSCSI support has been improved too, with the new support for iSCSI TCP Offload Engine (TOE) network interface cards.
VMware reports a performance improvement of up to 89% in CPU read cost and 83% in CPU write cost.

vSphere 4.1 has additional new capabilities for its networking layer with the introduction of support for Large Receive Offload (LRO), which allows to receive network packets larger than the MTU size. This is useful only for Linux guest operating systems that support LRO. LRO support translates in a 5-30% performance improvement in throughput usage and 40-60% decrease in CPU cost depending on workloads.

Last but not least, vSphere 4.1 also introduces better performance for VDI when used in conjunction with View.
The creation of new virtual desktops now is 60% faster and their power on timing is 3 to 4 times faster.

If you’re interested and eager to upgrade your existing vSphere 4.0 installation, read this VMware KB article, which describes best practices for upgrading ESX(i) and vCenter to version 4.1.

And here’s a summary of KB articles used in this article:

And the winners are … 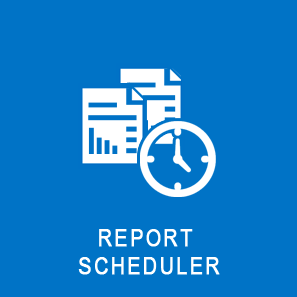