How to calculate electrical costs for cooling and power consumption 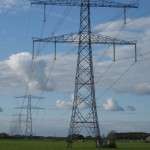 For putting together a business case costs and revenues are an important part of it. If you want to calculate the direct resource costs associate with hosting a server in  your data center, you want to know the direct power consumption by the server in electrical costs and the costs associated with cooling the environment where the server is situated. To do so you will need a few parameters from the device(s) used. You will need the Watts, BTU/h and the electricity costs per kWh.

Where British thermal unit (BTU)  is used as a unit for air-cooling power of an air conditioning system and refers to the amount of thermal energy removed from an area. A BTU is approximately a third of a watt-hour. 1000 BTU/h is approximately 293W.  Kilowatt hour (kWh) is most commonly known as a billing unit for energy delivered to consumers by electric utilities.

These values are taken from the HP Power Advisor tool. Often on most technical spec documents the Watt and BTU values are mentioned. Sometimes instead of the Watts per hour, Amps are used on the technical specs. You can use the following calculation to get the Watts: A x V = Watts, where A = Amps and V = Voltage so here in the Netherlands it will be for a 2.4A device on the 230V network 2.4A * 230V = 552 Watts.

How to calculate the costs tied to running this server for 1 year 24×7. The costs can be split into two parts, one is the energy consumption needed for running the server and second the power needed to cool the heat generated by the server.

To calculate the energy consumption and associated costs I am using the following formula:

So If we fill in the formula for the energy consumption costs you will get that this server will cost € 484,08 per year.

For calculating the cooling cost to keep the equipment in normal operating conditions, I almost use the same formula where we translate the BTU/h to Watts needed so we get the correct costs associated with cooling the heat the server emits for a year.

To calculate the total electrical cost associated with running the server for one year 24 x7 in the data center we add the Energy Cost to the Cooling Cost to get the Total Electrical cost for the server.

Operating the HP DL380 server in the example for a year will cost € 484,08 + € 483,66 = € 967,74. If you can virtualize the running workload on it you will save almost 1000 Euro a year per server. Of course when you virtualize this server and other servers on a heavier physical server which runs ESXi server you often use heavier equipment under the hypervisor which consumes more energy but I will elaborate more on that subject in a future blog post. 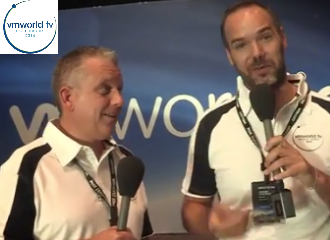