Home > All other vStuff > Why can’t I run your OS on my virtual box, Steve?

Why can’t I run your OS on my virtual box, Steve?

by Alex Muetstege 1 September 2011
All other vStuff 1

Ever since I’ve been working on a Apple Classic II, many many years ago, I was caught by the way of thinking at Cupertino. Design combined with functionality was actually possible! Well, back then we thought it was beautiful, anyway :)

Now, many years have gone by, a lot of people in the world seem to have recently discovered Apple. With the consumerization of the IT business, more and more Macs appear in the landscape. And why not? Sleek design combined with a stable OS where you don’t waste performance and money on staying free from virii and other malware (at least, for now), who doesn’t want that? So, it’s logical that wishes and demands for a virtual server or desktop in the Windows world, also be true for OS X. With vSphere 5, this might be possible!

When I heard VMware was actually going to support EFI BIOS in vSphere 5, I was pleasantly surprised, as I didn’t expect OS X Virtualisation to go beyond VMware Fusion (yes, you can run OS X in a VM if you run Fusion on your Mac). But, it seemed to be true, so last weekend I decided to give it a try, not really knowing all the facts about the implementation. For those of you who are not familiar with EFI: it actually should have been the successor to the good old BIOS as we still know it. It never really caught on until recently, but Apple uses it in all of its Intel based systems. It is an obligation to have EFI for OSX to be able to run. See also this link for more info on EFI. 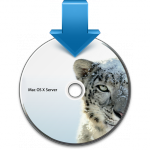 So, after a few hours of fiddling around and researching on the internet, it really is a bit disappointing to conclude that the whole EFI implementation is working fine, but you cannot install OS X unless you run VMware on Apple hardware. ESX looks for a specific part of hardware and if it finds it, you can run OS X virtually. If the check goes negative, you simply can’t.

Now, there is a little problem with that. As of last january, Apple seized producing the only Apple server that VMware vSphere 5 is certified to run on, the Xserve 3.1. So, if you really want to run OS X server in a virtual environment, you need to buy obsolete hardware on Ebay, try to get your hands on as many spare parts you can afford and hope for the best. Not really the best startingpoint for a succesful implementation.

Now why is this, you might ask. Well, because the boys in Cupertino decided that you are only allowed to run OS X if you own a system, build by them. The software is bound to the hardware by licensing. Yes, you can buy OS X without owning a Mac, but you can’t run it. Well, at least, not legally, anyway.

So, is this the end of it? Well, it might be. If the people at Apple don’t change the licensing part, at least on the server side, we might very well never see a legal virtual 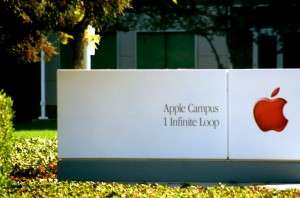 OS X server. The licensing closes the door for any legally virtualized version of OS X, desktop or server alike. Now, as you might or might not know, Steve Jobs, the Apple founder and CEO, recently resigned and handed over to Tim Cooke. Maybe this change of CEOs will also change (some) things within the company, but it looks like things will stay the same.

If you’re really are determined to build yourself an OS X VM, there are ways of reaching that. For instance, you could configure a VM to run FreeBSD 64bit with 2 gigs of RAM, 60 gigs of harddisk space and 32 megs of dedicated video RAM and take a look at the osx86project on how to complete your quest. But beware that the boys on Infinite Loop don’t agree when you do!