Home > All other vStuff > VMware and Nvidia join forces

We’ve have the ability to deliver 3D graphics from workstations in the datacenter for years by using physical blade workstations. But now VMware is trying to deliver true 3D performance from the datacenter by using virtual workstation in VMware View by partnering with Nvidia. Nvidia is solving that with the release of their ‘Quadro Virtual Graphics Platform’, something they announced in August 2011.

The Quattro Virtual Graphic Platform requires one Nvidia card for each user. So the number of high-end VDI users per host is probably limited by the number of expansion slots in a server. 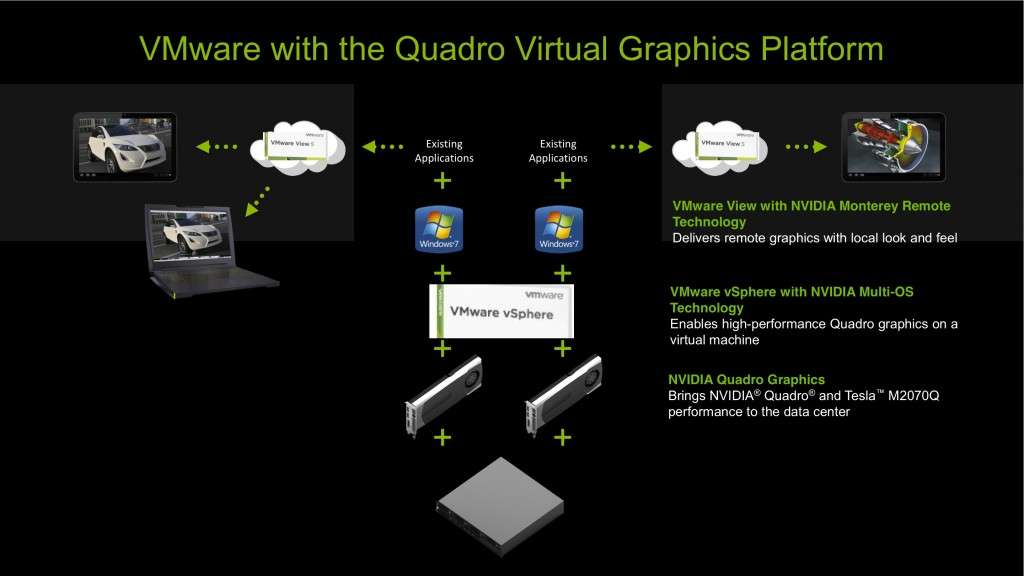 Monterey is a technology that transports the rendered pixels from the GPU to the remote protocol engine. According to Nvidia is so fast that they can provide the pixels to the hypervisor faster than they can render to a local display via DVI. The core of the virtual graphics platform capability is built around Nvidia’s existing Quadro graphics cards from the 2000 to 6000 models.

The power of this technique is that any client device can be used because all processor intensive graphic workloads are processed in the datacenter. So you can use a regular thin client or an iPad as your client and still use 3D graphics with great performance.

VMware expects that 3D graphics in VMware View will be available soon.