The vCloud Director architecture is shown below. 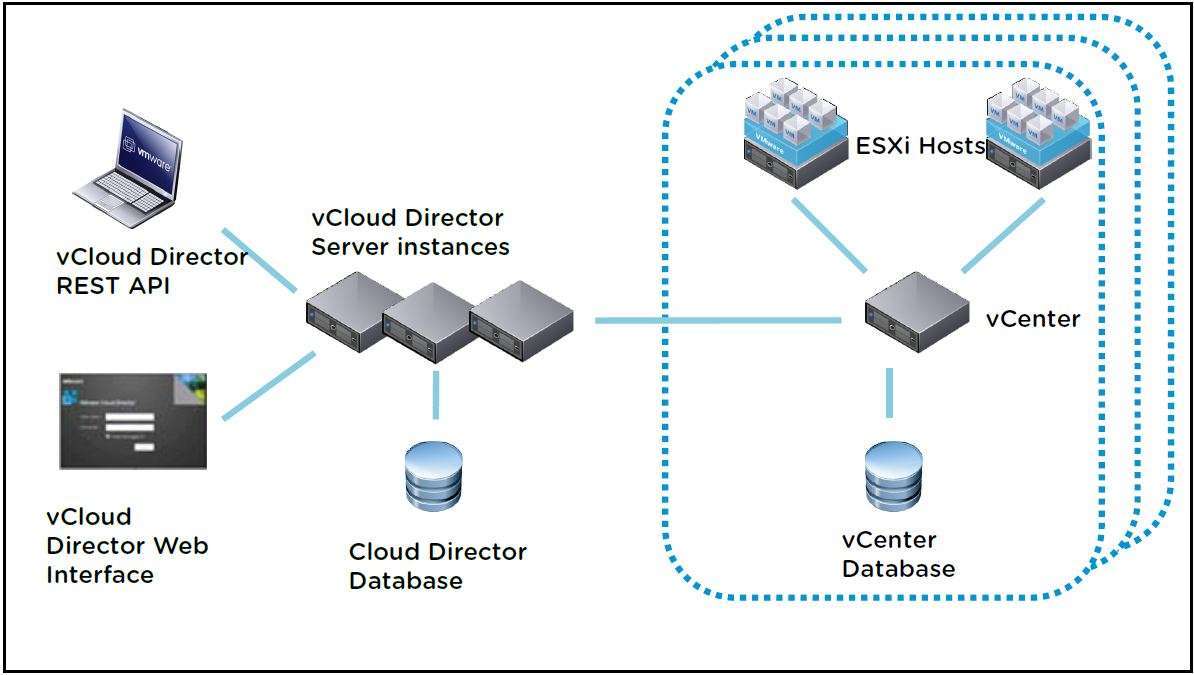 The solution is composed of the following components:

This vCloud Director configuration enables the creation of vCloud Virtual Datacenters (vDC), which is simply a collection of resources such as networks, storage, CPU, and memory.

There are two kinds of vDCs:

In short, a provider vCD combines all its available vSphere virtual resources and partitions them into smaller entities called organization vCDs and publishes them to customers.

Now how do you design and size this? Here are some design guidelines.

Next up, the vCloud Director configuration.

So you should configure the database to accept a minimum of 75 connections per cell and when using Oracle, an additional 50 connections for internal use.

When using a MS SQL server you should also take some extra variables into account. vCloud Director uses the SQL Server tmpdb file when storing large result sets, sorting data, and managing data that is being concurrently read and modified. This file can grow significantly when
vCloud Director is experiencing heavy concurrent load. It is a best practice to put the tempdb database on disks that differ from those that are used by user databases and place it on a dedicated volume that has fast read and write performance.

Besides this there a few extra options regarding the tmpdb to ensure good MS SQL performance:

This formula is based on the considerations for VC Listener, cell failover, and cell maintenance. In ”Configuration
Limits,” it is recommended having a one-to-one mapping between the VC Listener and the vCloud Director cell. This ensures the resource consumptions for VC Listener are load balanced between cells. VMware also recommends having a spare cell to allow for cell failover. This allows for a level of high availability of the cell as a failure or routine maintenance.

If the vCenters are lightly loaded (that is, they are managing less than 2,000 VMs), it is acceptable to have multiple vCenters managed by a single vCloud Director cell. In this case, the sizing formula can be converted to the following:

This sounds great but there are a few caveats. First of all Fast Provisioning is only supported in vSphere 5.0 environments. Mixed clusters of ESX/ESXi 4.x and ESXi 5.0 with vCenter 5.0 is not supported.

Second, linked clones is not the best solution for all workloads and for some instances it’s better to use classic full clones although this  increases disk utilization is considerably slower for ‘default’ virtual machines, like shown in the graph below.

In an attempt to save space, linked clones use virtual disks that are sparsely allocated, called delta disks or redo logs. After the cloned virtual machines are created, powered on, and running, the delta disk grows in size. Sparse/delta disks in vSphere are implemented using a 512 byte block size, and require additional metadata to maintain these blocks. The advantage of using a small block size is that it eliminates copy on write overheads and internal fragmentation. However, this design tends to add some overhead in processing I/O generated by the linked clone. 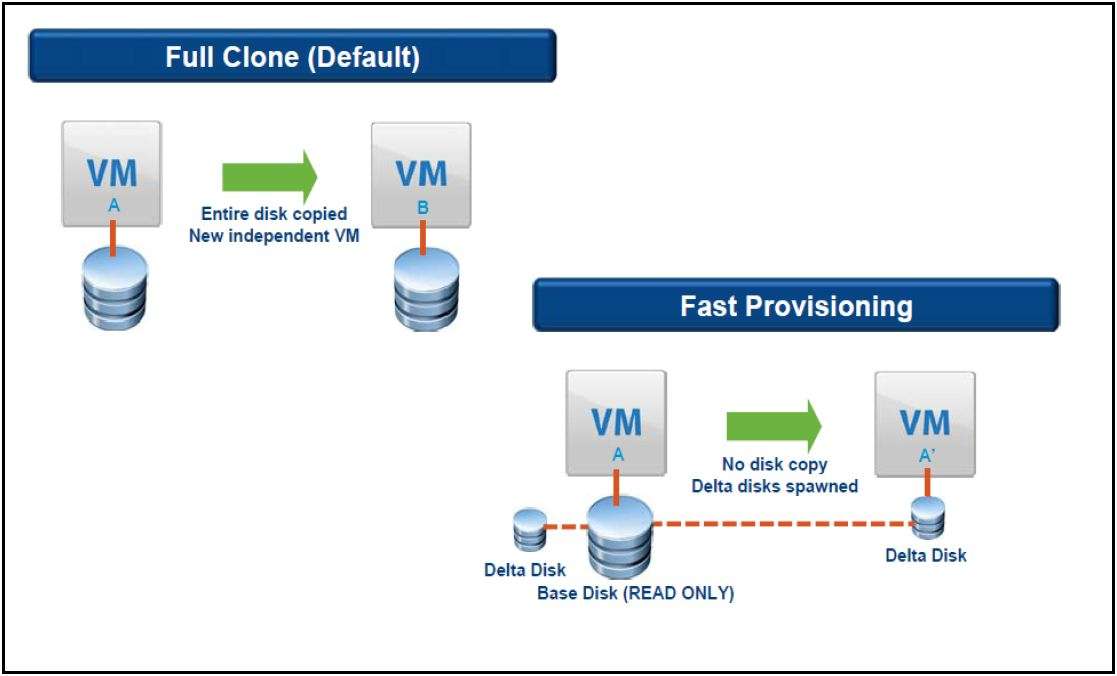 vSphere 5.0 has a limitation on the VMFS file system, only eight hosts may have a disk open at one time. So, the virtual infrastructure can contain any number of virtual machines which share a common disk but the cluster size cannot exceed eight hosts. At the ESXi level only powered-on virtual machines matter, but this limit is enforced by vCenter server for powered-off virtual machines as well.