For some time now StarWind software is working on a new release of their iSCSI SAN which will be version 6. Currently the software is in it’s beta phase, but StarWind released some release notes containing some new features and improvements.

First of is the change made to High Availability (HA) clusters. In the current release you can create a HA cluster containing two nodes. With the release of version 6 you will be able to create three node HA clusters. 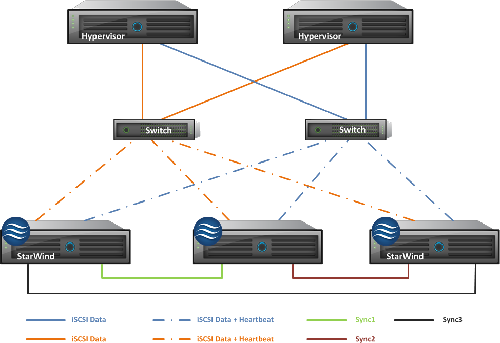 On top of that you will be able to swap HA nodes in and out without interrupting the service. And a HA cluster doesn’t have to contain only the same type of Starwind devices ( deduplicated, Thin-provisioned, DiskBridge device).

Secondly there have been made some changes to deduplication:

Furthermore they have expanded on the backup server functionalities.
This new version looks to be offering some great improvements. For those that want to give the beta product a try, you can download it here.
Just like last year Starwind will be present this year at VMworld in both San Francisco (booth 536) and Barcelona, so be sure to have a look at their booth.
Share
644 / 1287