It has only been two hours from the end of an action packed General session, opening VMworld 2012, but the pinnacle for me was certainly the announcement leading to the ‘Post vRAM era’.

Almost one year ago VMware introduced their controversial and much hated vRAM licensing model, which after customer complaints changed shortly after introduction to up the vRAM limits. Now one year later, shortly before the first vRAM reports should come rolling out of your vCenter servers, VMware discontinues it and returns to the CPU-based licensing model it used prior to launching vSphere 5.

This will definitely take the wind out of sails for Microsoft and Citrix because they used they vTax, as they called it, to lure VMware customers to the other side.

At first sight this might seem a small meaningless announcement but I think this has great impact on customers, partners, VMware and the competition.

Customers
The improvements for the customers are simple. They do not need extra vSphere licenses besides the licenses needed for the processors. This is a very rare situation. During the past year I only encountered one customer which needed additional licenses for their VDI vSphere cluster. In all other VDI cases the vSphere for Desktop licenses were sufficient. But I do wonder how VMware treats these ‘over-licensed’ customers? They now have extra licenses with which they can expand their current vSphere environment. But what if a customer does not want or need to expand? It would only be fair if those customers could swap their unused vSphere licenses for other VMware products like Site Recovery Manager, vCenter Operations or vCloud Director. This is not only fair to the customers but also beneficial to VMware.

Partners
The impact for partners can also be considerable because they now don’t have to defend the VMware licensing model which should improve sales. As I said earlier, the cases where additional vSphere licenses where needed where rare but customers remain skeptical after having heard the vTax horror stories even if it doesn’t affect them. This eliminates a large portion of the price discussion when competing with Microsoft or Citrix.

VMware
I think the impact for VMware is huge. Not financially speaking but it does affect their image. Critics won’t be able to see past this and will keep repeating the old vTax story, trying to discredit VMware and questioning their long term strategy and vision. The image VMware has with it’s customers will depend on how VMware compensates the ‘over-licensed’ customers. And partners will probably praise VMware for discontinuing the licensing model they had to defend with customers.

Personally, I admire VMware’s guts to change their licensing program within one year after introduction without worrying about the response from the competition. They responded to the results from their customer surveys, stating that VMware should change it’s pricing, in the only way possible.  I wish there where more companies like this, listening to their customers when they are challenging their licensing program. Great job!

Competition
I’m afraid that most of the competition will keep repeating the vTax claims trying to discredit VMware and questioning their long term strategy and vision. I hope they don’t but experiences from the past …….. I think especially Microsoft will see the consequences of the new (old) licensing model because they focused mainly on the pricing side of the discussion. Besides that, the new features in vSphere 5.1 will certainly give them a run for their money. VMware is again one step ahead of Microsoft, supplying customers with features which Microsoft Hyper-V has only announced. 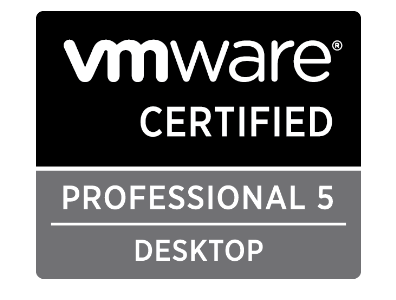