Last month Cisco announced version 2.1 of their Nexus 1000V virtual distributed switch. Now Cisco has announced a new pricing and packaging strategy the Nexus 1000V. From version 2.1, which is now in beta, there will be two editions of the Nexus 1000V, an Essential Edition and an Advanced Edition.

The Nexus 1000V Essential Edition will be available for free, plus a nominal annual support fee, in a move that Cisco believes will encourage customers and their partners to proliferate what has already become the most popular virtual switch in the industry with over 6,000 customers to date.

The Nexus 1000V Essential Edition contains all the rich Layer-2 networking features to connect virtual applications to the network and integrate into VMware environments, including: VXLAN capability, Cisco vPath service insertion, integration with vCloud Director, and a plug-in for management and monitoring in VMware vCenter Server. This free version will enable rapid, low-risk adoption of Cisco’s virtual network technology environments.
In addition to the features of the Essential Edition, the Advanced Edition, ($695,- per CPU) includes: 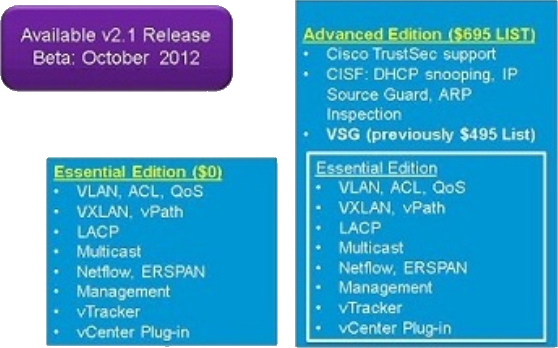 One can assume that over time, more Cisco specific enhancements will appear in only the Advanced Edition, whereas the Essential Edition is designed to support the existing baseline capabilities as well as all the open standards and features that allow it to interoperate in multi-vendor environments and with widely available management and orchestration tools. Technical support for both Essential Edition and Advanced Edition will be offered under standard Cisco support terms. Cisco is also creating additional pricing bundles for Nexus 1000V Advanced Edition that include UCS servers, and the ASA 1000V Cloud Firewall and the Nexus 1110 Virtual Services Appliance.

There are a couple reasons for offering a tiered Nexus 1000V licensing model now, including the no-cost version: 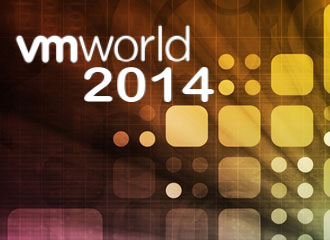