Home > All other vStuff > How to improve VMware View video performance

First of all, we used the information below from the VMware Architecture Planning Guide:

480p-formatted video You can play video at 480p or lower at native resolutions when the View desktop has a single virtual CPU. If the operating system is Windows 7 and you want to play the video in high-definition Flash or in full screen mode, the desktop requires a dual virtual CPU.

720p-formatted video You can play video at 720p at native resolutions if the View desktop has a dual virtual CPU. Performance might be affected if you play videos at 720p in high definition or in full screen mode.

1080p-formatted video If the View desktop has a dual virtual CPU, you can play 1080p formatted video, although the media player might need to be adjusted to a smaller window size.

3D If you plan to use 3D applications such as Windows Aero themes or Google Earth, the Windows 7 View desktop must have virtual hardware version 8 and turn on the pool setting called Windows 7 3D Rendering. Up to 2 monitors are supported, and the maximum screen resolution is 1920 x 1200. This non-hardware accelerated graphics feature enables you to run DirectX 9 and OpenGL 2.1 applications without requiring a physical graphics processing unit.

These are the settings we used to size the first solution, so we use a Windows 7 desktop image with dual vCPU, 2GB memory, a VMXNET3 adapter and hardware version 8.

Update 03-2014: We recently found out that with the recent improvements in vSphere 5.5 and Horizon View 5.3 we can now offer full screen 720p video with only 1 vCPU VDI virtual machines. VMware has not yet updated their documentation but a VMware employee confirmed that updates in eg. the code of the VMware SVGA graphics driver resulted in this improvement.

This is good for playing 720p in native video resolution but when scaling to full screen this setup does not run smoothly.

For desktop VMs using VMXnet3 NICs, you can significantly improve the peak video playback performance of your View desktop. The VMXNET3 adapter is a paravirtualized NIC designed for performance that, as of vSphere 5, supports interrupt coalescing. Virtual interrupt coalescing is similar to a physical NICs interrupt moderation and is useful in improving CPU efficiency for high throughput workloads. Unfortunately, out-of-the-box, Windows does not benefit from interrupt coalescing in many scenarios (those sending packets larger than 1024-bytes), because after sending a packet, Windows waits for a completion interrupt to be delivered before sending the next packet.

By setting FastSendDatagramThreshold to the Microsoft recommended value of 1500 bytes you instruct Windows not to wait for the completion interrupt even when sending larger packets. So modify the following registry setting to the value:

This allows VMware View and PCoIP to benefit from interrupt coalescing which reduces CPU load and improves network throughput for PCoIP. This translates into significantly improved video playback performance of up to 1.4 times when running full-screen videos at 1080p resolution on a 2vCPU desktop.

With View 5 VMware has released a few VMware View GPO’s that can be used to modify the default behaviour of the PCoIP protocol. Many View customers use this to turn down the bandwidth PCoIP uses in low bandwidth situations. This lowers the frame rate, limits the bandwidth and thereby it changes the image quality. But you can also use it the other way around and allow for better video performance.

PColPMaxLinkRate GPO
This GPO can be used to set the desired maximum PCoIP session bandwidth in kilobits per second.
(example: 1000 = 1000Kbps = 1Mbps). The default value is 1Gbps (1.000.000Kbps), 0 = no bandwidth constraints.

When you are in a LAN environment and bandwidth is not an issue, try setting the PColPMaxLinkRate to ‘0’ to improve the video performance.

To improve the video performance try lowering the PColPlmagingMinimumlmageQuality value.

When you suspect that bandwidth is an issue, for instance on WiFi connections, try lowering the PColPlmagingMaximumlnitiallmageQualitv value to improve the video performance.

These setting are the default VMware View GPO settings to adjust PCoIP behaviour but I also found a PCoIP setting hidden in the registry.

PCoIP.maximum_frame_rate
This setting can be used to set the maximum frame rate. The default value is 30 frames per second. When you set a higher value, the result is a higher frame rate and smooth display imaging motion but with possible increased average network bandwidth. When you set a lower value, the result is a lower frame rate with a lower average network bandwidth but with less smooth image motion.

To improve video performance, create the registry key below (REG_DWORD) and try some higher values. Setting in frames per second/Hz (example: 8, 12 or 15 fps).

If all this fails you can always reside to old fashioned Multi-Media Redirection (MMR) and use the local processing power to render the video on the client side, but this has some caveats.

Multimedia redirection (MMR) delivers the multimedia stream directly to client computers by using a virtual channel. With MMR, the multimedia stream is processed, that is, encoded and decoded, on the client system. Local hardware formats and plays media content, thereby offloading the demand on the ESX/ESXi host.

The problem is that there is only limited support. The MMR feature supports the media file formats that the client system supports, because local decoders must exist on the client. File formats include MPEG2-1, MPEG-2, MPEG-4 Part 2; WMV 7, 8, and 9; WMA; AVI; ACE; MP3; and WAV, among others.

This feature has the following limitations: 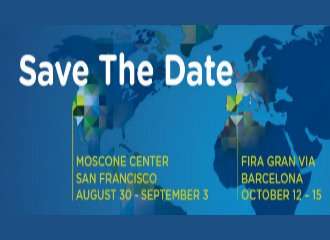