VMware memory management is still a topic which a lot of VMware administrators don’t understand. I often come across people who have no idea when VMware vSphere uses transparent page sharing (TPS), memory compression, host swapping or ballooning. They even mention disabling or removing the ballooning driver without knowing why.  I also meet a lot of VMware administrators having trouble explaining the virtual machine memory allocation graphs.

Let’s start with the last one.

We all know the nice graphs with all different colors, 9 different memory classifications and reservations and limits.

This screen shows the following values: 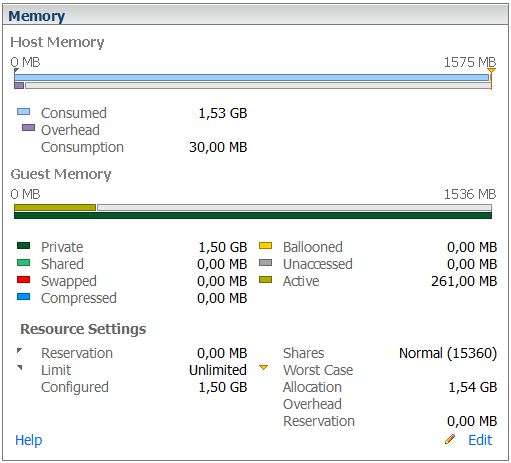 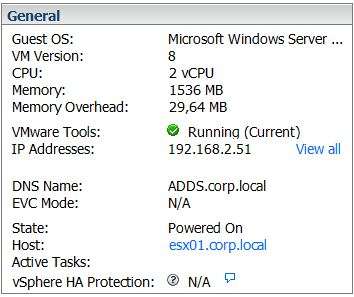 Guest memory: Swapped memory
The amount of guest memory which is swapped out and reclaimed by the VMkernel caused by a lack of provisioned memory. This value should be zero because memory swapping has a huge performance impact.

Guest memory: Ballooned memory
The amount of virtual machine memory that is reclaimed through the balloon driver.

Guest memory: Unaccessed memory
Unaccessed memory is the amount of memory that has never been accessed by the guest. This is essentially free memory for the virtual machine.

Resource settings: Reservation, Limit, Configured, Shares
These are pretty self-explanatory and should be known to every VMware administrator.

Now that you know how to read the various memory metrics, we can proceed with part 2. Later this week we will discuss the different memory management techniques which VMware vSphere uses  (transparent page sharing (TPS), memory compression, host swapping or ballooning) and when they are used.