As I said earlier this week, VMware memory management is still a topic which a lot of VMware administrators don’t understand.

VMware ESXi, a crucial component of VMware vSphere 5.0, is a hypervisor designed to efficiently manage hardware resources including CPU, memory, storage, and network among multiple, concurrent virtual machines. In this article I will  describes the basic memory management concepts in VMware ESXi and describe the performance impact of these options.

So how does it work.

TPS is a default ESXi feature which runs regardless of the amount of used physical memory. TPS is turned on by default, you can only disable it by modifying the ESXi advanced settings but I would strongly advise you not to do that.  TPS can save you up to 70% (VDI environments with many identical operation systems), space which you can use to increase your consolidation ratio.

TPS is a memory management technique which is transparent for the virtual machine and it includes no performance penalty.

Ballooning is a completely different memory management technique compared to TPS. Ballooning is used to reclaim memory from virtual machines in case of a host’s memory shortage.

VMware ESXi uses the ballooning driver, which is included in the VMware Tools, to enable ballooning. This driver has no external interfaces to the guest operating system and only communicates with the hypervisor through a private channel through which it polls the hypervisor to obtain a target balloon size to reclaim memory. As a result, the hypervisor offloads some of its memory overload to the guest operating system while slightly loading the virtual machine. That is, the hypervisor transfers the memory pressure from the host to the virtual machine. Ballooning induces guest memory pressure. In response, the balloon driver allocates and pins guest physical memory. The guest operating system determines if it needs to page out guest physical memory to satisfy the balloon driver’s allocation requests. If the virtual machine has plenty of free guest physical memory, inflating the balloon will induce no paging and will not impact guest performance.

Compression
When memory reclamation/ballooning does not have the desired effect, ESXi uses the next memor 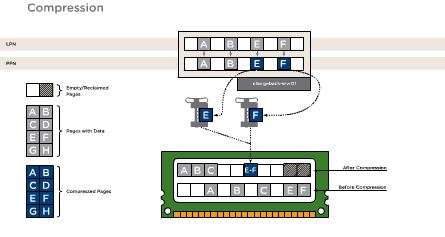 Memory compression only occurs when there’s a host memory shortage and ballooning has not achieved the desired effect. ESXi will not proactively compress memory pages when host memory is undercommitted.

Memory compression is turned on by default, you can only disable it by modifying the ESXi advanced settings but I would strongly advise you not to do that

Both page sharing and ballooning take time to reclaim memory. The page-sharing speed depends on the page scan rate and the sharing opportunity. Ballooning speed relies on the guest operating system’s response time for memory allocation. Hypervisor swapping is a guaranteed technique to reclaim a specific amount of memory within a specific amount of time. However, hypervisor swapping is used as a last resort to reclaim memory from the virtual machine because it has a huge performance impact.

In certain scenarios, host memory reclamation happens regardless of the current host free memory state. For example, even if host free memory is in the high state, memory reclamation is still mandatory when a virtual machine’s memory usage exceeds its specified memory limit. If this happens, the hypervisor will employ ballooning and, if necessary, swapping and memory compression to reclaim memory from the virtual machine until the virtual machine’s host memory usage falls back to its specified limit.

If you want an in depth explanation of ESXTOP and it’s counters, read this great article from Duncan Epping.

So let’s recap: Transparent page sharing is a default ESXi feature which deduplicates identical memory pages to reclaim physical memory and runs regardless of the amount of physical memory used. When a ESXi host faces a memory shortage, it has a few tricks up it’s sleeve to cope with this situation. First ESXi will requests virtual machines to free up virtual memory by using ballooning which in case results in reclaimed physical memory. If that does not work, ESXi defaults to memory compression. Memory compression moves memory pages to a separate cache which is located in the host’s main memory and compresses the memory pages. When all this does not have the desired effect, ESXi is left with one last resort, hypervisor swapping which moves unused memory pages to disk.

Although ESXi uses several innovative techniques to manage memory usage and reclaim memory, there are still VMware admins who think they know better and start disabling ballooning and compression without knowing why and what the effect is. True, a few years ago there was a best practice which stated that you should disable or uninstall the ballooning driver with eg. virtualized Citrix servers.But that is history know.

Based on the memory management concepts and performance test VMware has the following best practices for host and guest memory usage:

VMware also released a great ‘VMware vSphere 5 Memory Management and Monitoring diagram‘ which provides a comprehensive look into the ESXi memory management mechanisms and reclamation methods. This diagram also provides the relevant monitoring components in vCenter Server and the troubleshooting tools like ESXTOP. 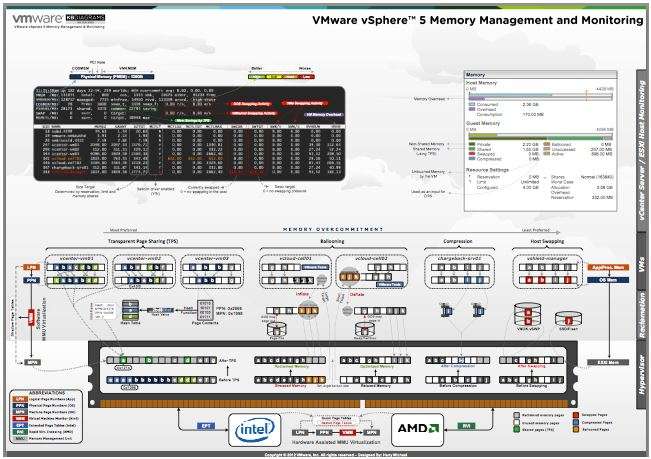 Hyper-V? Not in my datacenter… (continued) 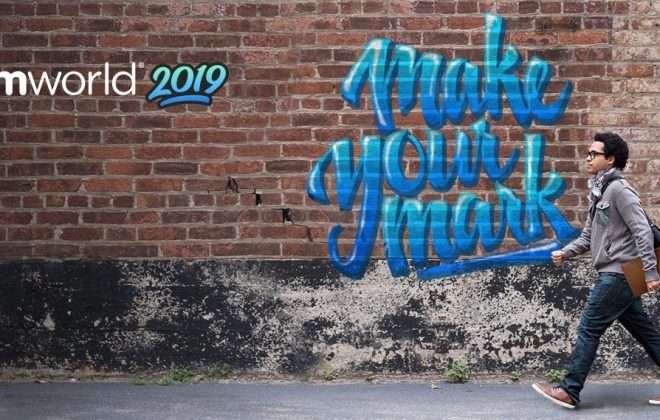