Home > All other vStuff > Looking for a reliable hypervisor?

Looking for a reliable hypervisor?

Of course with the addition of more and more advanced features it becomes more and more difficult to create a reliable and stable product simply because of the immense amount of code and the interdependency between all the different components. VMware has always had a dedicated hypervisor and with the release of ESXi they further reduced the code base of vSphere ESXi to minimize the attack surface. This also reduces the amount of code to patch which further improves reliability, stability and security.

Last week I visited a customer who, much to my surprise, still ran some VMware ESX 2.5 servers. According to the customer the servers ran fine and they had never had any problems.

When we opened the console, we found out that these ancient ESX 2.5 servers have had an amazing availability during the last 4 years. 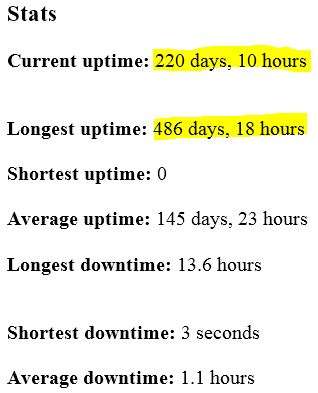 When we checked, the system had run for 7 months straight without any problems.
The longest uptime this system has delivered during the 4 year lifespan is 16 months/1.3 years!

Very very impressive for an ‘ancient’ hypervisor which has been released in November 2004! 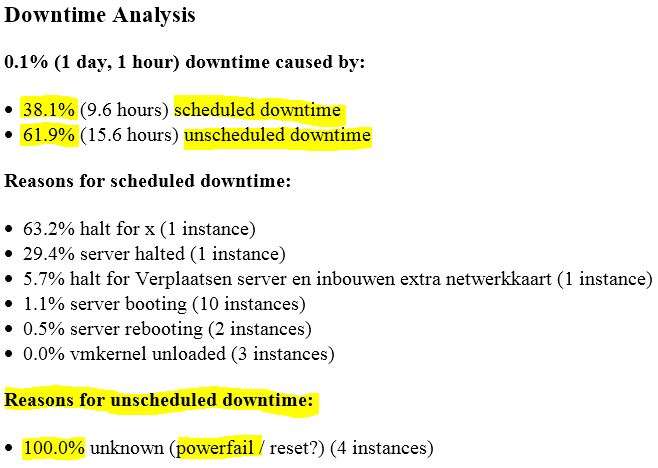 So the next time when you’re challenged on reliability, availability and proven-technology, look back at what VMware could offer you 9 years ago and how the product has evolved over the years. I dare you to post an ‘untempered’  screenshot of a Hyper-V version 1 or 2 with an equal amount of uptime.