As we are in the week of the obituaries, let’s do another one. A few weeks ago when vSphere 5.5 was release I updated our Enterprise Hypervisor Comparison. As Citrix and Red Hat both had released a new version of their hypervisor product I also added those. Normally I only need to check for new features added or product limits which have been upgraded. But this time was different!

In the column with the new Citrix XenServer 6.2 I had to remove feature which were previously included in the product. WTF?

Features with no further development and removal in future releases:

It has never been a secret that Microsoft and Citrix joined forces but as expected Citrix XenServer had no place there as Microsoft invested big on Hyper-V. But now it seems that Citrix has killed XenServer. With version 6.2 they moved XenServer to a fully open source model essentially giving it back to the community. Of course much of XenServer already was open source, using code from the Xen Project, Linux kernel and the Cloud Platform (XCP) initiative. But with the retirement of many existing features it seems that Citrix is stripping XenServer from all Citrix add-ons before giving the basic core back to the open source community.

Citrix still delivers a supported commercial distribution of XenServer but when an identical free version is available …… At the feature and functionality level, the only difference is that the free version of  XenServer will not be able to use XenCenter for automated installation of security fixes, updates and maintenance releases. Free Citrix XenServer does include XenCenter for server management, but not patch management. I doubt many customers will buy a version of XenServer for patch management alone.

It’s interesting to see Gartner has moved Citrix outside the leaders Quadrant and placed it in the visionaries Quadrant. Visionaries in the x86 server virtualization infrastructure market have a differentiated approach or product, but they aren’t meeting their potential from an execution standpoint. 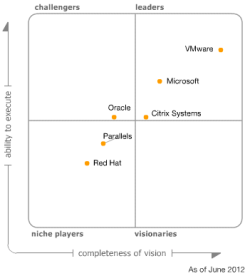 So it looks like Citrix has given up on XenServer and is going to focus on their core business, the desktop and the ecosystem of products around it.

Within their partnership with Microsoft they cannot or may not compete with Hyper-V although XenServer has,in the past, always been a better product than Hyper-V. With the battle on application delivery intensifying, their focus needs to be on their main portfolio. VMware is targeting Citrix’s application delivery platform with VMware Horizon Workspace and on the desktop front Citrix faces two enemies. Where Microsoft Remote Desktop Services is targeting their Server BAsed Computing/XenApp platform and VMware Horizon View is battling Citrix XenDesktop.

I wonder when we will hear that Citrix finally killed XenServer ….. 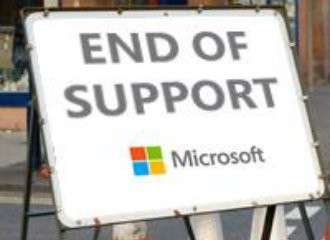 End of Support for old OS-es in VMware Horizon 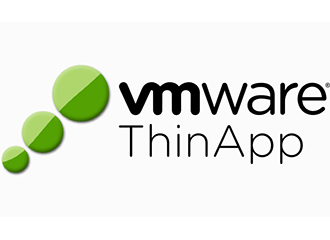