VMware, NVIDIA and Google are now working together to deliver graphics rich applications to enterprise cloud desktops. The result of the collaboration to date is two key technology previews that are announced at VMworld 2014.

Today VMware announced a early access program that be available for select NVIDIA and VMware customers in Q4 2014. Sign up today to be considered for trying out NVIDIA GRID vGPU with VMware products at www.nvidia.com/grid-vmware-vgpu.

This vGPU technology was announced earlier this year at the GPU Technology Conference. VMware announced the intention to collaborate with NVIDIA to bring GRID vGPU to VMware products. NVIDIA GRID vGPU is exciting technology that allows multiple virtual machines to share the power of a single GPU to deliver rich 3D graphics and high performance video. Combined with VMware Horizon, together NVIDIA and VMware will be able to deliver the highest end 3D applications to the most demanding users in design, manufacturing, and engineering.

NVIDIA GRID vGPU brings the full benefit of NVIDIA hardware-accelerated graphics to virtualized solutions. This technology provides exceptional graphics performance for virtual desktops equivalent to local PCs when sharing a GPU among multiple users. GRID vGPU is the industry’s most advanced technology for sharing true GPU hardware acceleration between multiple virtual desktops—without compromising the graphics experience. Application features and compatibility are exactly the same as they would be at the desk.
With GRID vGPU technology, the graphics commands of each virtual machine are passed directly to the GPU, without translation by the hypervisor. This allows the GPU hardware to be time-sliced to deliver the ultimate in shared virtualized graphics performance.

This vGPU technology bridges the gap between the vSGA and vDGA graphics modes which I described in this article. vGPU offers vDGA performance and DirectX and OpenGL support with the density of vSGA. So, the best of both worlds. So if you are running applications that require DirectX 11 but vDGA is too costly, vGPU is the ideal mix between graphics support and desktop density. 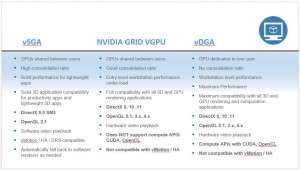 Second, VMware announced a technology preview with Google and NVIDIA to deliver this rich workstation level graphics and user experience to Chromebook users.

Enterprise customers are using Chromebooks for an affordable, mobile device to access the applications they need. With the new generation of Chromebooks like the Tegra K1 powered Chromebooks, rich graphics are now available to more devices than ever.

Check out the next generation of VMware Blast Performance which delivers high-performance virtual desktops with workstation-class graphics applications on the latest Chromebooks, with the video below.

Seeing is believing, so go to the VMware and NVIDIA booths at VMworld 2014 to see the future of rich graphics applications delivered from the cloud to the devices you want to use. I’ve done it and I must say “I’m really impressed!” 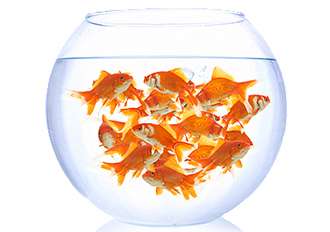 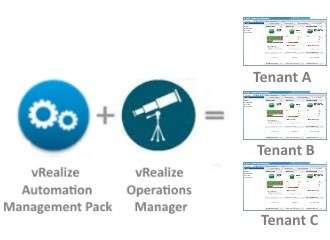