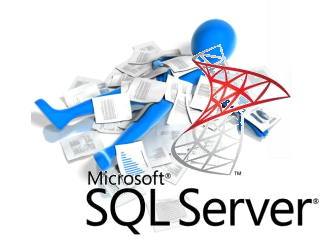 I still get a lot of requests to explain how Microsoft SQL 2014 Licensing in a VMware environment works. More and more business critical workloads find their way to the Software Defined Data Center as a virtual workload. For virtual workloads licensing was a bit misty from time to time. But it also gives tremendous benefits like greater flexibility, mobility, hybrid options, increased availability and easier disaster recovery scenarios and also often a consolidation and performance boost.

There are three main editions and two other editions:

The Web edition is only available through Service Providers with the SPLA license agreement.

Like the earlier release, SQL Server 2014 Express is limited to using one physical processor, one GB of RAM, and databases are limited to 10 GB storage but you can have multiple 10GB databases.

When licensing the SQL Server 2014 environment through Server+CAL licensing you will have two components you have to license, Server licenses and Client Access Licenses (CALs).

To access a licensed SQL Server, each user or device must have a SQL Server CAL that is the same version or newer than the SQL Server software version being accessed. This means that you are allowed to access SQL servers running SQL 2000, 2005, 2008, 2012 and 2014 when you have SQL 2014 CALs. While version specific, each SQL Server 2014 CAL provides access to any number of current and/or prior version licensed SQL Server instances in a customer’s organization, regardless of the platform (32-bit, 64-bit or IA64) or product edition.

Like the Per Core licensing model in physical OSE’s, all virtual cores (vCore) supporting virtual OSEs that are running instances of SQL Server 2014 software components must be licensed accordingly.

To license individual VMs using the Per Core model, customers must purchase a core license for each v-core (or virtual processor, virtual CPU, virtual thread) allocated to the VM. With a minimum of a four core license per VM. When licensing individual VMs, core factors do not apply. Licensing individual VMs is the only licensing option available for SQL Server 2014 Standard Edition customers who are running the software in a virtualized environment under the Per Core model.

With SQL Server 2014, Microsoft provides support for license mobility as an exclusive SA benefit available for all SQL Server editions.

Unlike the Server+CAL licensing model, the Per Core model allows access for an unlimited number of users or devices to connect from either inside or outside an organization’s firewall. With the Per Core model, customers do not need to purchase additional client access licenses (CALs) to access the SQL Server software.

You have the following two options for licensing under the per core licensing model:

Maximum virtualization can be achieved by licensing the entire physical server with Enterprise Edition core licenses and covering those licenses with Software Assurance (SA).

Licensing the physical layer with SQL Server 2014 using the Per Core Licensing Model on all physical cores can reduce overall costs. With SQL Server 2014 Enterprise Edition, customers who have licensed all physical cores on the server can run an unlimited number of instances of the software in a number of OSEs (physical and/or virtual) equal to the number of core licenses assigned to the server. For example, a four processor server with four cores per processor—fully licensed with sixteen core licenses—can run SQL Server software in up to sixteen VMs, regardless of the number of virtual cores allocated to each VM.

With the addition of Software Assurance (SA) coverage on all Enterprise Edition core licenses (for a fully licensed server), customers’ use rights are expanded to allow any number of instances of the software to run in any number of OSEs (physical or virtual). This valuable SA benefit enables customers to deploy an unlimited number of VMs to handle dynamic workloads and fully utilize hardware computing capacity.
Note: This benefit ends when SA coverage expires.

For each properly licensed instance of SQL Server, customers can run a supporting passive instance in a separate OSE for temporary support. A passive SQL Server instance is one that is not serving SQL Server data to clients or running active SQL Server workloads. This passive failover instance can run on a server other than the licensed server.

Enhanced for SQL Server 2014 Enterprise Edition, AlwaysOn Availability Groups enable customers to configure multiple databases that will failover as a unit, including support for up to eight active secondary servers and two synchronous secondary servers. The ability to use secondary servers for more than just passive failover support can improve the performance of primary, reporting and backup workloads due to better balancing of workloads across instances, helping to provide better return on hardware investment.

Note: When secondary servers are actively used to support these additional workload scenarios—that is, when the servers used for failover purposes are no longer truly passive—they must be fully licensed accordingly.

Licensing SQL Server for Non-production Use

The SQL Server 2014 Developer Edition is a full-function version of SQL Server software—with all the features and capabilities of the Enterprise Edition—licensed under the Developer Tools model, which is a “per user” model. One license is required for each person that accesses or uses the software.

As long as only licensed users have access to the software, customers can install any number of copies of the software on any number of servers that are used exclusively for development, test or demonstration purposes.

This is significant, because it allows customers to run the software on multiple devices (for testing purposes, for example) without having to license each non-production server system.

License Mobility is a usage right that is available for all editions of SQL Server 2014 software licenses with active Software Assurance (SA) coverage. With this SA benefit, customers can re-assign SQL Server licenses to different servers within a server farm as often as needed. Customers can also reassign licenses to third party shared servers. License Mobility is available for licenses under both the Per Core and Server+CAL license models.

Version Upgrade Rights are offered as a Software Assurance (SA) benefit for qualified licenses and allow customers access to upgrade their deployments at no additional cost. Existing SQL Server 2012 software licenses covered by SA are automatically upgraded to licenses for the corresponding SQL Server 2014 edition.

Cross Edition Rights are currently available for certain SQL Server products only and allow customers to deploy an alternate (usually lower) edition in place of the currently licensed edition. SQL Server
cross edition rights can be combined with the version downgrade rights (available for all products offered under a Volume Licensing Agreement) that allow customers to deploy prior versions of the software in place of the currently licensed version. In some cases, rights to deploy prior versions of product editions other than the edition currently licensed may also be allowed. See the table below for which version.

Note: When using version downgrade or cross edition deployment rights, the product use rights for the originally licensed version and edition still apply.

The Server and Cloud Enrollment (SCE) is an enrollment under the Microsoft Enterprise Agreement that enables highly committed customers to standardize broadly on one or more key server and cloud technologies from Microsoft. In exchange for making an installed base-wide commitment to one or more components of the Server and Cloud Enrollment, customers receive the best pricing and terms, plus other benefits, including cloud-optimized licensing options and simplified license management.

Also if you are going to a cloud or you are a cloud provider you will partner with Microsoft to provide additional software and services, such as the Microsoft Independent Software Vendor (ISV) Royalty Licensing Program and the Microsoft Services Provider License Agreement (SPLA).

In most cases I came across last years the most SQL servers are virtualized SQL Server Standard editions licensed with Per-Core licensing and SA on top.

If you have to answer one of the following questions with yes, I would suggest you go with the Per-Core based licensing.

If you compare the licensing between SQL Server 2012 and 2014 the two major difference I found are that instead of four you can can have support for up to eight active secondary servers now in high availability and licensing for maximum virtualization is now VM capped on the amount of licenses instead of Core capped.

A low budget SMB environment – Part 2: How to Assemble

How to: Upgrade to vSphere 4.1