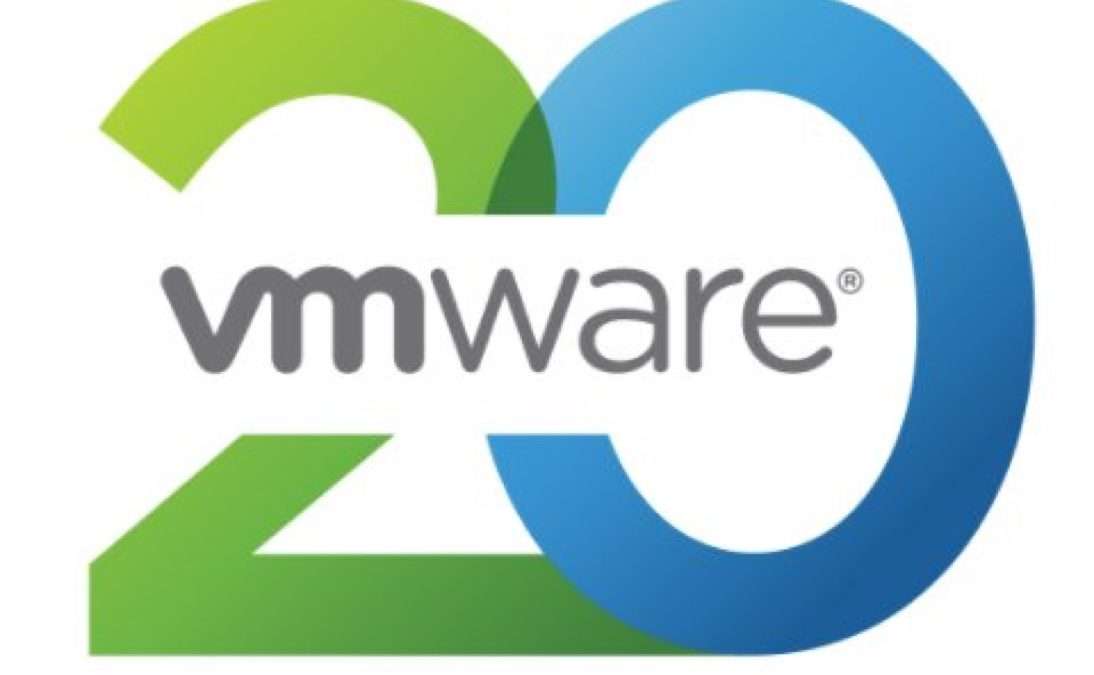 20 Years VMware – Past to Present

This blog started 10 years ago because a few friends were enthusiastic about virtualization and specifically VMware. Not unlike the way VMware started 20 years ago. Over those years, VMware’s products have grown and matured, and VMware has grown with them. Today, virtualizing your servers is standard and VMware’s vSphere is the most used platform to do that in the world. Now, in the year of VMware’s 20th birthday, vSphere is one of the many products VMware sells. Some people claim that VMware’s existence is coming to an end as containerization is growing, and cloud computing is getting more and more traction. But is that really the whole picture?

Twenty years ago, on the 10th of February in 1998, VMware was founded by a couple of friends, a few of who met at Berkeley university. Diane Greene, Mendel Rosenblum, Scott Devine, Ellen Wang and Edouard Bugnion started the company with the idea that computing should be more efficient. Back then, it was a custom to install a server for every function you had in your network, the same way we would do now, but in a physical form. Most of those servers stood idle in the datacenters of the world, consuming power and doing nothing. The average CPU utilization back then was between 1 and 5 %. There must be a way to make better use of the capacity at hand, was the idea.

In 1999 the first product was born. This was not a server product, as many believe, but VMware workstation. It was slow, it took 30 minutes just to boot a virtual machine, but it proved the concept. Also, it was released as a Windows and Linux product, which was quite unique back in that day. In 2001, the first server versions were born. There actually were two server products. One was called ESX, which stood for Elastic Sky X. The other was called GSX, which stood for Ground Storm X. The difference between the two: ESX was a Linux based product that brought its own operation environment where GSX used Windows as an OS to run on.

The next years, ESX and GSX existed side by side until eventually GSX got replaced by a product called “Server”. ESX reached version 3.5 by then and combined with Virtual Center Server or vCenter as it would later be called, was quite successful in virtualizing servers. By this time, the larger market got wind of this whole hardware virtualization trend and more and more companies started to experiment with it to see what it could do for them. Many started with their testing and development environment, but a couple of brave souls went forward and virtualized their production environment too.

With the release of ESX 3.5 in December of 2007, there was also a new product called ESX Server ESXi edition or ESXi, the ‘I’ standing for ‘integrated’. ESXi had no traditional console, no linux OS parts and basically had just enough to set a network address to manage it remotely. The advantage was that it had an extremely small footprint of just 32 megabytes, which meant you could install it on an Compact Flash card or a USB thumbdrive and run it from there, something that was not seen before for a server operating system.

By this time, VMware had several products in their lineup:

In January of 2010, the VMware Server product was discontinued. The way forward for server virtualization was either ESX or ESXi. The combination of ESX(i) and vCenter is now bundled under the name vSphere and has version number 4.1. In Redmond, a certain other software company started to see that virtualization was eating into their territory and decided to create its own version of hardware virtualization. Until then, VMware was the only company with an enterprise ready hypervisor. Fortunately for VMware, the released product was far from feature comparable. Nonetheless it was a sign that the market is waking up.

By this time, VMware also started a product called “View”. VMware View introduced a new way to look at desktops. Until then, a desktop was equivalent to Windows and run on a physical machine like a workstation or a laptop or in a server-based computing environment like Microsoft Terminal Server or Citrix. It’s not quite clear who first started with the abbreviation VDI, but it was quite clear that VDI would be a new way forward for the enterprise desktop and not just another hype.

In August of 2011, at VMware’s user conference VMworld in Las Vegas, ESX was officially deprecated. With vSphere 5, ESXi was the new standard. The in 2013 released version of vSphere, v5.5, is the most successful hypervisor to date.

Fast forward to today. Currently vSphere 6.5 is aiming to be the new 5.5. Recently the support for 6.5 was renewed so companies onboarding to 6.5 now still have five years of support. Version 5.5 will be end of general support this year in September, motivating a lot of companies to migrate.

VMware currently employs over 20.000 people worldwide, has offices on every continent and in almost every country of the world. VMware support is available 24 hours a day. More than 50.000 people worldwide are VMware Certified Professional. Concluding, you might say that VMware has been quite successful over the years.

If you look at the product portfolio, VMware has extended into so many directions, it can be hard to keep track. A full list of all the products currently in support would fill a few pages. One might say that VMware is all over the place and not selecting a direction. But there is a clear vision. If you have some time, take a look at VMware’s CEO Pat Gelsinger at the kickoff of VMworld 2017 in Las Vegas here . He explaines extensively the vision of VMware.

Currently, VMware is not only engaged in virtualizing servers and desktops. It’s engaged in virtualizing storage with VSAN, virtualizing networks with NSX. That makes the Software Defined DataCenter or SDDC. But there’s more. Recently Cloud Foundation was introduced. This should become the bridge for every enterprise based on four topics: the modern SDDC, Integration with public and hybrid cloud, be intrinsigly secure and offer end users access with any device at any time and any place.

Where Cloud Foundation might be the near future for many organizations out there, this is not the only area VMware focusses on. Containers are going to shape the future of apps. We can be quite sure it will become a major force. But containers need to live somewhere. The data they will generate needs to live somewhere. A famous programmer joke says “Cloud computing is nothing more than someone else’s computer”, and for a major part that’s true. But cloud computing is nothing without proper management and that’s what VMware is good at.

The R&D never ends. Edge computing will become more and more important in the future. Where the Internet of Things, or IoT, p

laces sensors in anything and everything, the raw data needs to be processed before it can be send on. These sensors and their data need to be managed. If you want trustwurthy data, you have to make sure the devices are secured and well managed. A while back, VMware introduced Pulse. Pulse is an IoT management solution to make sure you stay in control of your devices and the data they generate. Check Pulse out here.

And there is more. Everyone is talking about blockchain and how it changes the world. VMware is looking at blockchain as well. There already is a blockchain implementation for Kubernetes fling on the VMware Labs site:”Blockchain is an emerging technology which has been gaining traction globally throughout the past few years. Industries like finance, logistics, and IoT are actively working on research and pilot projects using blockchain.” Check out the fling here.

This is just an implementation of blockchain, but there will be more in the near future. You can be sure of that.

If you look at this article, the part about past is larger than the part about present or future. That’s obvious if you’re 20 years in the business. It does not mean there is not a lot more future to talk about. And that future cannot be more interesting. I think it was Pat Gelsinger who said that IT has grown up. It was in puberty the past 10 years but it’s mature now and moving out of the datacenters and into the world. And you see it everywhere. Tech is changing the way we live, touching our every day lives in more ways than we could ever imagine, from finance through transport up to home and healthcare.

Some folks said VMware is dead or about to die as containers take the place of servers, making server virtualization a thing of the past. How fast that will proceed is something we will experience first hand. If it is anything like the movement from client-server to webbased for business software, then server virtualization will be around for the next decade or more. But looking at all the other areas VMware is innovating into, you can hardly claim it’s dead. It’s merely moving along with the industry as a force of innovation, or as VMware puts it:

“When the company launched in February 1998, we transformed the data center forever by mainstreaming virtualization, the core principle of cloud computing. Twenty years later, we remain just as focused on innovating in everything we do, and committed to solving the most difficult technology problems for our customers. We apply the same principles of virtualization and software innovation to securely connect, manage and automate the world’s complex digital infrastructure. And there’s so much more to come.

We see opportunity to apply those principles to growing technology areas like IoT, edge computing, and AI, amongst others. We are optimistic about the power of technology to be a force for good, with the potential to solve the big societal problems of today and tomorrow. Software, as we see it, has the power to transform business and humanity. We’re here to make that happen.”

I can say I’m proud to be on the team and I am confident we will continu to help organizations with their digital transformation to become the best they can be in a fast changing world. 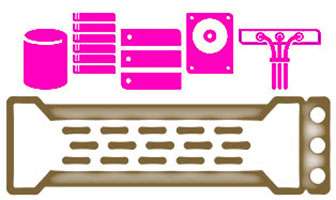 HCI – State of the Union 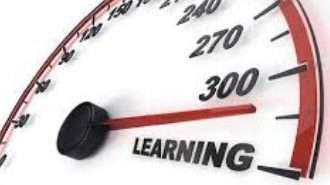 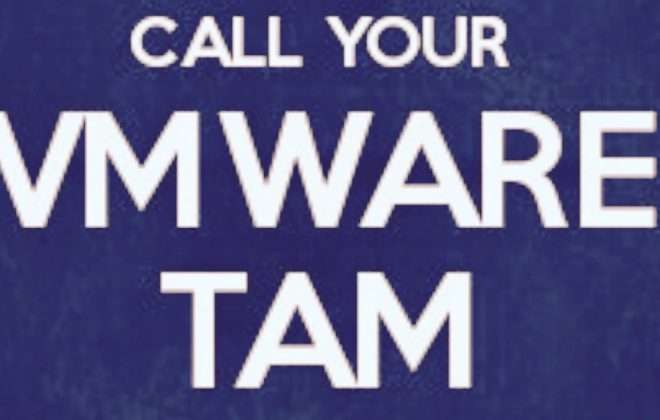