Home > All other vStuff > My First VMworld 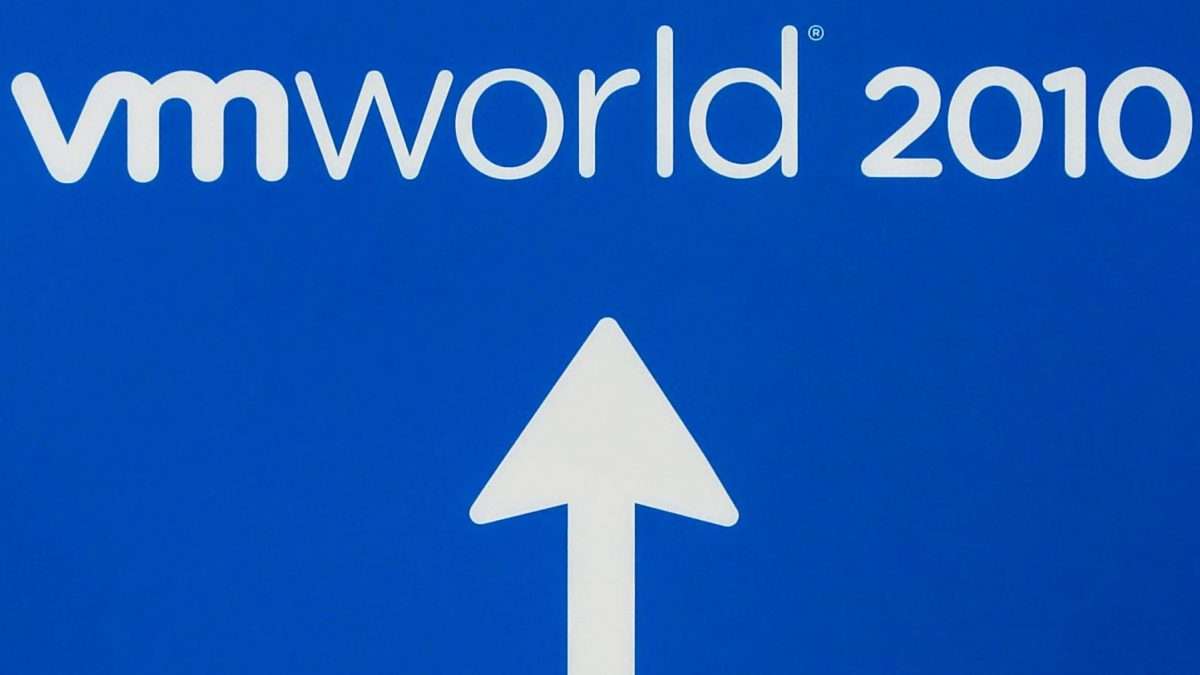 by Alex Muetstege 17 September 2019
All other vStuff 0

VMworld US is already in the past but for us, European people, VMworld EU is closing fast. Just another 7 weeks before the most important show of the season kicks off. Okay, I might be slightly biased

For many people, VMworld is part of their yearly routine of networking and knowledge gathering. VMworld is a large conference, drawing over 10.000 attendees to sunny Barcelona. If you look at how large our industry is, you can easily calculate that that is only a fraction of people who work in IT.

A Long Long Time Ago..

It feels like a long time ago anyway. Back in 2010, when the VMGurus all worked for the same employer, Erik Scholten convinced us to all want to go to VMworld. He attended the previous one in Cannes together with Anne Jan Elsinga and he was so enthousiastic.

The thing was, back then our employer was not used to sending people out to remote locations to go and visit a conference. It was mainly seen as a reward and a “trip for fun” rather than an insanely important show where you would learn the answers to the questions you were going to get from your customers the coming year.

So we started our internal campaign to get the four of us (Erik, AJ, Edwin and myself) to VMworld 2010, which was held in Copenhagen back then. It soon became clear that we would have to facilitate that ourselves. Through contacts with VMware and the community and mainly thanks to Edwin and Erik we were able to secure 4 bloggers passes for VMworld.

The next challenge was to book a hotel in Copenhagen. As we were already quite late in the registrationgame and the budget that was set for hospitality was pretty limited, we ended up in a hotel called “Cabinn Metro”. What’s in a name? Anyway, it was close to the venue, we would sleep with two VMGurus per room and we would drive to Copenhagen. It wasn’t that far anyway. The fact that there was no picture of a room on the hotel website should have been a warning sign but hey, sometimes you can’t be picky.

In the weeks after it was confirmed we could actually go, we started to set up our schedule, register for sessions, the VMUG party, the Benelux party and all other insanely important networking events that all felt equally exciting. Of course I plan every day full up to the rim with labs, sessions, break-outs and everything there is to plan. You want to get the most out of it, right?

As our employer was a VMware partner, we were also registered for partner day on Monday. So we had to check into the hotel on Sunday to make it in time.

To be honest, I can’t remember who, but for one reason or another one of the VMGurus came up with the idea that we could make a roadtrip movie from our travel to Copenhagen. And so we did. Looking back to it, it feels a bit silly but maybe that’s because I’m in the movie myself. Anyway, take a look and enjoy yourself with our “VMGuru visits VMworld 2010” movie a.k.a. “The vRoadtrip”.

And for those who wonder: yes we did leave a trail of “I love VMware” stickers all the way from the Netherlands up to and in Copenhagen”.

It was one of the last hotels that still had capacity available in the last weeks running up to VMworld. That should have been a sign but hey, you’re not picky when you can go for the first time ever to such a huge event. We knew we had to share rooms so we made an intelligent decision to split between Erik and AJ in one room and Edwin and myself in the other. Both Erik and me snore quite loud and both Edwin and AJ have one deaf ear. How about that match!

The name of the hotel kind of gave it away; Cabin Metro. The hotelrooms were themed in a sort of submarine bunk style. Both our rooms had bunkbeds and a bathroom so small you could either go to the toilet or have a shower but not both at the same time. Quite funny for four big grown men.

But let me tell you, once you are at VMworld, you are only in your hotel to sleep, so the room is not really that important. Here’s a standard day at VMworld:

So, obviously the expectations were high. Also about our own abilities. We took photo and video equiptment, prepped posting templates. As you can see in the video we even had leaders and end titles for our videos. The plan was to post a much new content to our blog as possible, do interviews, take picture and get inside information whereever we could.

I have to admit, we actually did quite well. Back then VMGuru was one of the many blogs talking about virtualization and our visitor numbers were not bad but not impressive. That was, until we posted this insane wave of information during VMworld where the four of us were producing content like mad. Our numbers never were as high as in those 4 days. But I’m getting ahead of myself.

And so it begins. We did take the opportunity to pick up our badges on Sunday evening and also attend the VMUG gathering in some restaurant I can’t possibly remember. But then it was Monday and the first day of VMworld, partner day, kicked off with the general session.

Bella Center, the conference venue, was actually very recently renovated. The hotel where we were sleeping was in the same industrial area, at a roughly 15 minute firm strawl and even though it was in Copenhagen, the weather was quite friendly for that time of year. It was a bit rainy but not very cold.

I don’t think I had ever seen so many people together in one room. And they all came to hear what news VMware had to bring to them for the next 12 months or so. And we heard from all those people you only knew from videos or Youtube movies. People like Steve Herrod or Carl Eschenbach, who were famous for their supersmooth and entertaining presentations.

That first day, not everything was ready yet. It was actually very much like VMworld today, where the community lounge and the hangspace are not open on Monday, even though there already is quite an audience for it. But we, as first timers, were looking for a place to process all the information we just heard. So we went looking for a spot to work. We soon found one. The press and analyst lounge was open and as bloggers, we’re sort of press, right? The guy at the entrance even let us in.

So we sat down, plugged our laptops in and for some time we were actually left alone. After a while a man came up and asked us who we were and what we were doing there. This is the part I can’t specifically remember if we mentioned him or if he was asked if he knew us, but it resulted in John Troyer, the community manager for VMware, came to get us out of there, explaining that we were actually not supposed to be in there at all.

The next day, John was hosting the vExpert gathering. Back then it still was quite the “elite” crowd. Well, not really but we felt special nontheless. Steve Herrod actually came to visit the vExperts and talked with several people and there was a foto-opp so there we are, the VMGuru guys with Steve Herrod.

I remember at the end of the day on Tuesday or Wednesday John was complaining that the community corner was quite a mess and those boys should clean up after themselves, after which a few guys who were sitting there, responded with “Yes, Dad”. And that really was the atmosphere. Papa John took care of us technology boys.

A few lessons you learn after you’ve visited an event like VMworld for the first time. Even with four people on the floor, writing articles, taping videos and taking pictures just is too much. It takes quite some time to edit a video to your liking and then it takes another bite of time to actually render whatever you’ve produced, especially with the standard office laptops of 2010. We gave it another go in 2011 but we stopped after that as it just took too much time out of our schedules.

Also, planning your schedule full day after day is a sure recipe for dropping dead like a fly, the latest on day three, when you still have a day to go. But you probably stopped cognitively absorbing knowledge way earlier than that. So that wasn’t a good idea either.

Plan and stick to your times for the Solutions Exchange and plan enough. It really is a Hotel California: once you get in and you see so many people you know, so many stands you’d like to visit, so many things you want to hear about, time just runs away with you and before you know it, the day is over.

Networking. It is so important, maybe the most important thing you can do at a conference like VMworld: Talk to and get to know people. The larger your network, the better you can help your own customers. Take time to sit down and talk. Lunch tables are an ideal spot to just join someone you’ve never met before and have interesting conversations. Don’t forget, you are both at VMworld so there is at least one thing that connects you to the other.

And last but not least: take a break. VMworld can be overwhelming. You walk many kilometers a day, talk to so many people, listen to so much knowledge and get so much inspiration that you really need to sit down and let it all sink in for a moment. VMworld has a special place for it. It’s called the hangspace or community lounge or something similar. It will have lounge chairs, games, power for charging your devices, wifi and tables with coffee and snacks. Use it as it will help you bring your knowledge home.

To be honest, I think I’ve never been as tired as I was after my first VMworld. I slept through most of the carride back. After I came home, I slept again until well after 12pm. So many people I got to know, so many impressions to process, so much fun while (net)working. I can only be jealous at all those people who go through that first time this year.

All other vStuff, Scripting 1